As vehicles are now equipped with numerous electronics devices – such as the Electronic Control Unit (ECU), the Antilock Braking System (ABS), and various sensors –  diagnostics tools are essential to proper maintenance and repairs of your vehicle.

At Autotech Performance, we remain at the helm of technological developments. Our technicians are trained to offer you a high quality service!

It is also important that you know the meaning of the various warning lights when they appear on the  dashboard of your car. 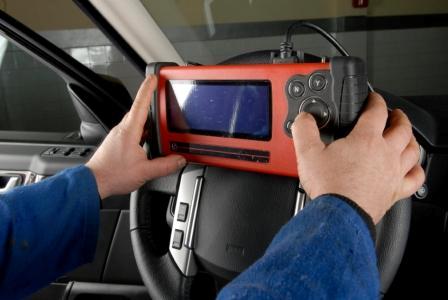 Every new vehicle now comes equipped with the OBD-2 (On Board Diagnostics 2). It is a fault-registering system that is connected to sensors located all over the car, in the engine and in various systems. When the “Check Engine” light comes on, it can mean many things: about 4000 different OBD-2 codes can be stored in the system.

This warning light usually looks like a “battery”. It does come on and go off when you start the engine, which is part of the vehicle’s self-test. However, if this lights remains on, it means that the electrical charging system no longer works properly.

A majority of vehicles now have a “brake” warning light on the dashboard to alert you that something is wrong within the braking system. However, the Brake Warning Light does not have a standard meaning and is used for multiple purposes according to the make of the vehicle.

You must therefore check in your owner’s manual to find its particular meaning. For instance, the light may indicate that your hand brake is on; it could also indicate that the level of fluid in the master cylinder is low.

If your vehicle is ABS-equipped, there is a second brake light on the dashboard. If it comes and stays on, it means that the ABS computer has diagnosed something wrong in the system. It could be only dirt in one of the sensors or it could mean that the whole ABS system has to be replaced. One thing is certain: you have to see to it.

Indeed, your car is thereafter equipped with 1970’s brakes, meaning that all four wheels brake equally and that your safety is significantly diminished. Moreover, if the light is blinking, it usually indicates a more serious situation that could be as bad as the total absence of brakes.

When this light comes “on” on the dashboard it usually indicates that the level of coolant in your vehicle’s radiator is low and must be “topped up”. You must NEVER OPEN THE RADIATOR CAP WHEN THE ENGINE IS HOT! The coolant system being pressurized, you could be sprayed with boiling coolant.

When the engine is cool, you can use a pre-mixed coolant or distilled water. Avoid using tap water to prevent calcium deposits within the radiator, decreasing its efficiency up to the eventual failure of the system.

It is always recommended to use pre-mixed coolant that acts as both antifreeze – in winter – and corrosion inhibitor.

This warning light also located on the dashboard comes on whether the engine’s oil pressure or level is too low. This is a serious situation: DO NOT CONTINUE TO DRIVE. It could lead to burning the engine.

Low oil pressure can result from a failed oil pump or from a blocked oil filter or strainer in the sump; it can also be due to the engine burning oil. On the other hand, low oil level is most probably due to a leak in the lubrication system. In any case, you must see to it quickly!

Dear valued and loyal customer, As announced on April 13, 2020 starting on April 15, service stations will be able to perform vehicle maintenance and repairs for essential workers and the general public. At Autotech Performance, the well-being of our…
Read more
X
How to find the right tire size? 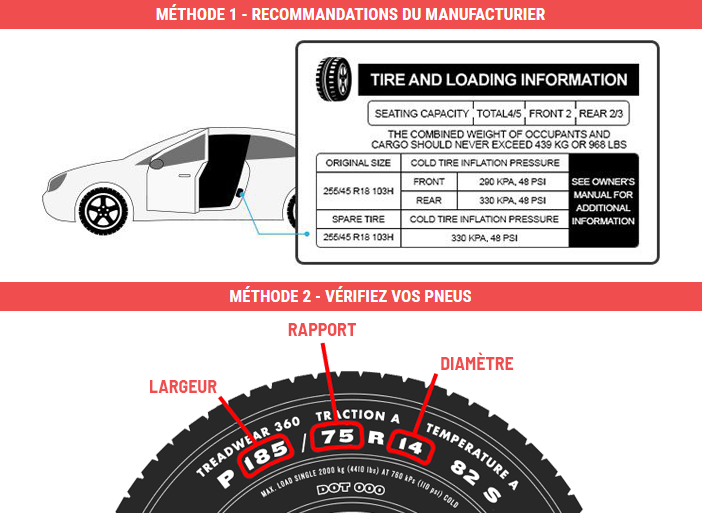